The first Amocat (Tacoma spelled backwards) team was formed in 1901, one year before the West Coast Grocery Company adopted the same name for its labels for its specially packaged goods. When originally organized the team included Walter Demorest, George Gates who played for the club during its entire existence, Frank K. Brown, Carl Jacobs, John Schlarb, Fred Burke, and Harry Burke. The team show in the photo above finished the season with a record of 21-3 including a 1-0 loss to Tacoma’s Northwestern League entry and losses to Seattle and Shelton.

In one of the games in August the club had Walter Johnson on the bench as they were not convinced that he pitched fast enough for them. Johnson, now enshrined in baseball’s Hall of Fame, proved them wrong. 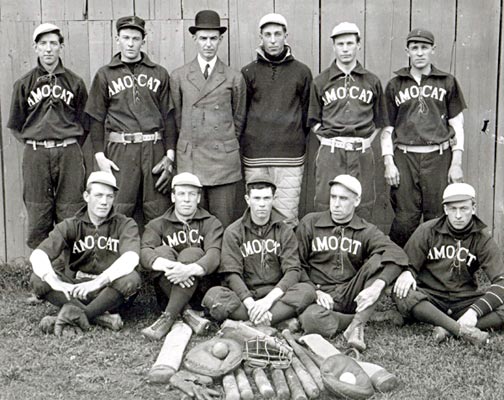 The Tigers won the first half of the season with a 66-46 record and followed that up with a 64-48 record to win the pennant outright. Bobby Keefe finished the season with a 34-15 record included the first no-hitter in Tacoma baseball history when he defeated the Oakland Oaks 3-0 in a nine-inning contest on November 18, 1905 in Oakland. Orval Overall was the other workhorse for the club as he won 32 games for the Tigers. Truck Eagan led the “Royal Bengals” with a .311 batting average including 25 round-trippers. 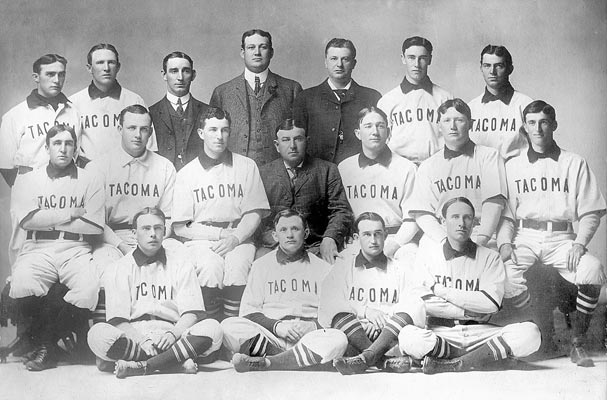 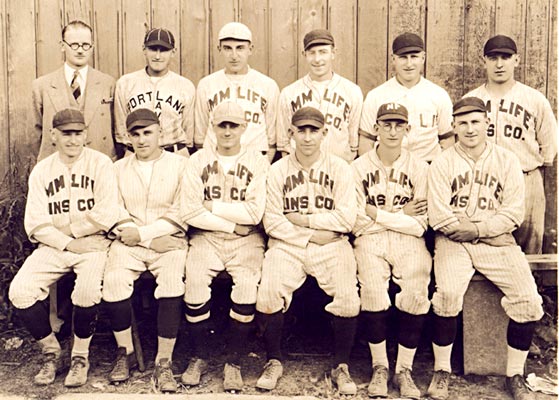 The Shaffer Box Company, Industrial League Division A champs, defeated Northern Pacific Railway 3-2 at Athletic Park in the divisional series title contest to advance to the league series where they beat the Fire Fighters 2-1 for the Industrial League crown. 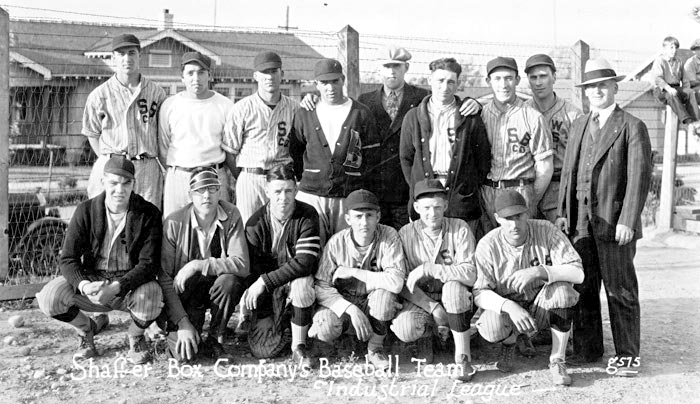 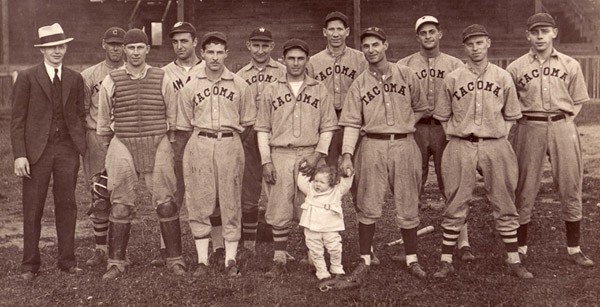 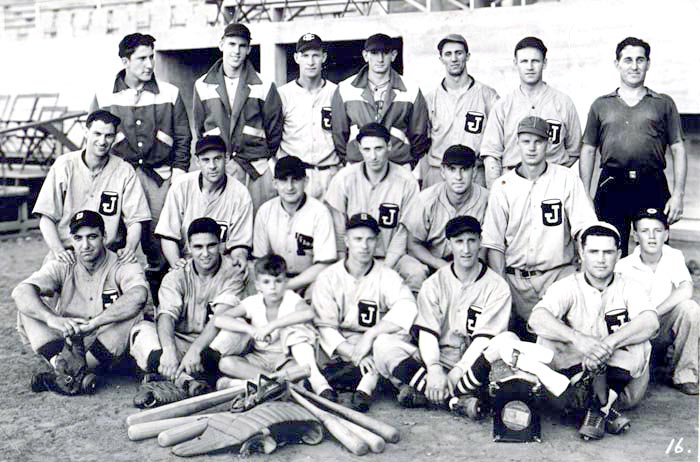 It would be difficult to trace softball sponsorship in Tacoma and Pierce County beyond 65 years ago but the Tacoma Elks clearly rank high on the list of sponsors who have supported sports and teams in our community for more than six decades.

The Elks began sponsoring softball teams in 1938, a year just about halfway between the Great Depression and World War II. It was a time when many young men could not afford to attend college, so they took jobs to build-up their finances before starting families.

Good physical, active recreational opportunities were not readily available but the Park Board came to the rescue by forming softball leagues. There were four: the City League, Commercial League, the Pro-Service-Vets League, and the Church-Fraternal League.

One of the first Elks-sponsored teams competed in the Pro-Service-Vets League against the Bank of California, the Young Men’s Business Club, the Red Men, the Knights of Columbus, and the Active Club.

John Rappin was the Manager of the team and his batteries consisted of pitcher Ted Goranson and catcher Ed Cartozian, and pitcher Harry Mounsey and catcher Bill Wieking.

Resplendent in uniforms of purple pants and shirts with Elks emblems on the front of their jerseys, the team sported the names of local businesses on the back of each shirt.

That individual business recognition helped defray the cost of the uniforms.

Now 88 years of age, Rappin recalls that our team was pretty enthusiastic but we weren’t as good athletes as some of the other teams and we ended-up near the bottom in the league standings.

Recruiting some of the better players in Tacoma changed that and by the time the 1940 and 41 seasons rolled around, those changes were evident. The Elks not only fielded a better team, they began to wear more conventional baseball-style uniforms.

The leagues changed, too. There were a few minor leagues but the National and American Leagues were recognized as the most competitive and attracted the most talented teams. The Elks were members of the National League with Weyerhaeuser, United Commercial Travelers, the Eagles, South 56th Street, Bank of California, the Red Men and Knights of Columbus.

Charles Green, owner of Green Optical, became the Manager and he also pitched along with Bob McKinnell. Bill Wieking remained as catcher, and the Elks enjoyed new-found success.

In both ’40 and ’41 the Elks captured National League championships and then defeated Johnson Paint, the American League champs, for the City Championship.

History tells us that softball truly came into its own during the 40s and that a new wave of enthusiasm for the sport was spawned. Top pitchers blossomed, including Trevor McLain, Leonard Thomas, Bus Anderson, and John Rockway. They would be standouts for years to come and Rockway eventually became the Amateur Softball Association Commissioner for this region.

A rookie umpire named Lornie Merkle also is remembered by Elks team members from those very first teams. His umpiring career spanned more than 40 years and last year he was inducted into the Tacoma-Pierce County Hall of Fame in recognition.

Yes, the sponsorship history of the Tacoma Elks is nearly as rich in tall stories and sweet success as the organization’s history itself. The Tacoma lodge eventually would grow into the nation’s largest Elks lodge, and its involvement in the community has never wavered.

Much of that started with those purple pants and shirts in 1938! 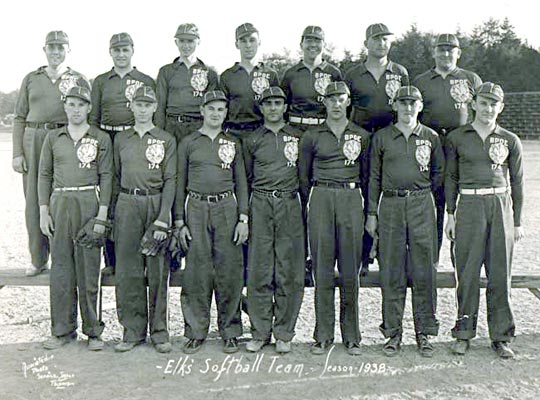 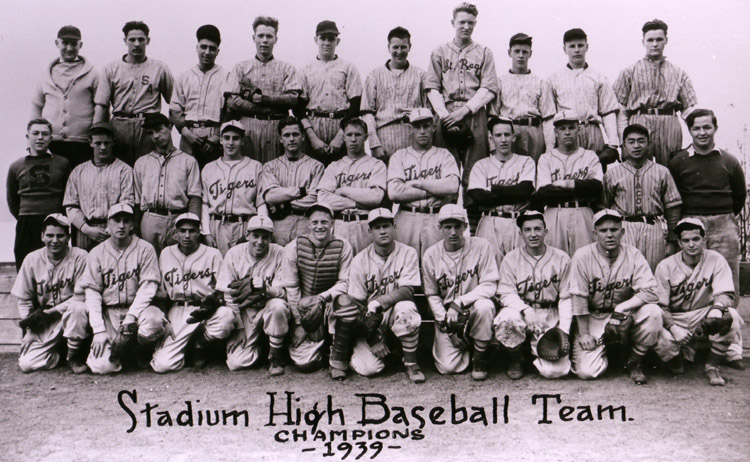 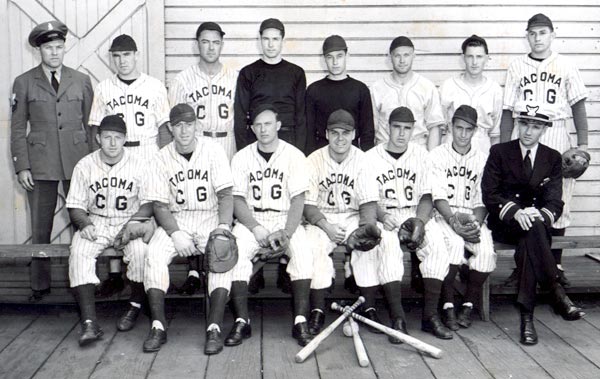 The F.L.E.A. Club had much to offer civilian employees at Fort Lewis in 1947. It opened on base then with such attractive amenities as a dance floor, a bar, a rec room, even one-armed bandits.

The initials stood for the Fort Lewis Employees Association, and the club became a gathering spot for many of them. One day, after work, several of the younger men met at the club to talk baseball and thought it would be fun to put a team together.

In a six-year stretch from 1947 to 1952, that team participated in the Valley League, then Pierce County’s only amateur or semi-pro baseball opportunity. They convinced the F.L.E.A. Club to sponsor them and Bill Gibson Jr. volunteered his Dad to coach. Bill Sr. not only coached the first year but every year of the team’s existence.

The Valley League covered Pierce County with teams in three divisions, north, south and east. The makeup of the divisions changed from year to year but the majority of the teams remained the same, and the rivalries were fierce.

The FLEA Club always competed well for the league championship and 1950 was their most successful season when they won the first-half title of the Northern Division with a 4-3 win over Yelm.

It was era when players moved around from team to team a lot but the FLEAs were unusual. Only 23 different players donned FLEA uniforms during those six years of competition and the team concept was exceptionally strong.

If any one player led to the success of the FLEAs it was pitcher Frank McCabe. He was a real workhorse and the team’s winningest moundsman. His heroic 14-inning, 24-strikeout victory over Fort Lewis was legendary in Valley League history.

The Harkness brothers from Roy also contributed heavily to the team’s success. Dave, Val, Gene and Ray all were key FLEAs. Val drove home the winning run in the 11th inning against Mineral’s first-half champions in an important 4-3 decision in 1948 and Gene hit a two-run homer earlier in the game while Dave was 2-for-4 at the plate behind McCabe’s three-hit pitching.

The F.L.E.A. Club typified baseball as it was meant to be, and the players on that team never will forget the experience of togetherness and teamwork and friendship and fun which has lasted through the years and has culminated in the recognition of that spirit and that unity here today.

Old Timers everywhere salute the Fort Lewis based FLEAs. They may not have been America’s team but they personified Americana at its very best. 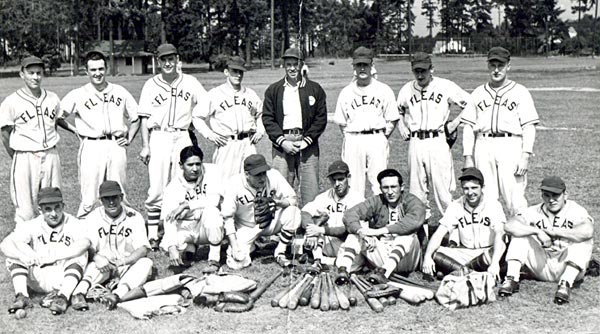 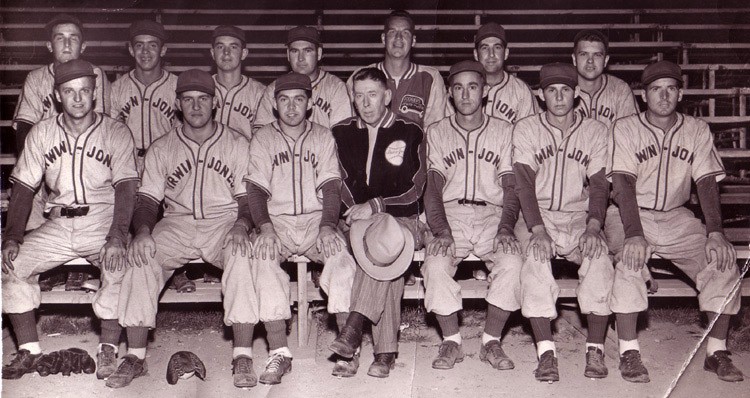 The Tacomans won 13 consecutive games enroute to state, regional and national championships to complete a 50-11 season. Pitcher Dale Bloom was the winner in all three deciding games. The majority of the team graduated from Tacoma high schools and played collegiately at Pacific Lutheran and Puget Sound. 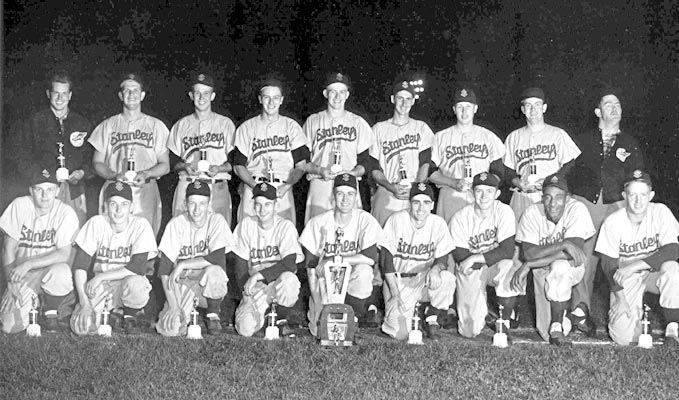 Tacomaï¿½s Woodworth Contractors built quite a success story in 1958, but came up one run shy of the national American Amateur Baseball Congress championship. The Contractorsï¿½after a month of state, sectional and national tournament actionï¿½fell, 1-0, to a tough Cincinnati team in the national championship game at Battle Creek, MI.

In state and sectional playoffs the Woodworth nine lost second-round games, coming out of the losersï¿½ bracket to take title trophies. Again, at the nationals, they lost in the second round, but fought their way back to the championships contest. While disappointed with the loss, the club was heartened by the fact that out of over 4000 teams that started in the AABC that summer, they were one of the remaining two at the end.

Many of the players in this 1957 photo of the Woodworth Contractors were also on the 1958 squad that finished second in the nation. 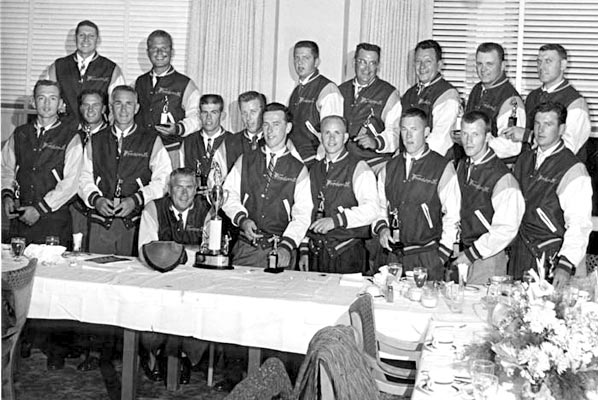 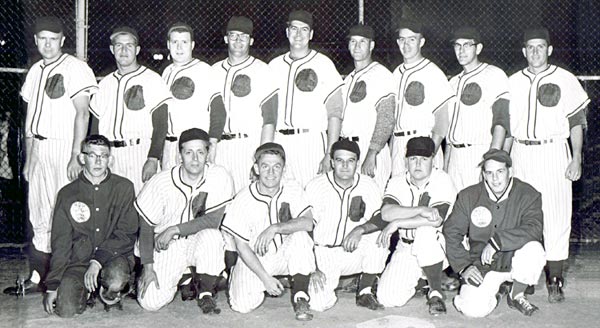