Throughout the years, Tacoma-Pierce County has been fortunate to receive acclaim and publicity thanks to the national and international caliber of athletes and teams. There has never been one place in which these athletes, as well as the countless number of other recreational, amateur and professional athletes could be recognized for the distinction they have brought or will bring to our community. Under the auspices of the Tacoma Athletic Commission, which was founded in 1943 and dedicated to the promotion of amateur athletics and civic betterment, and a generous contribution by Fred Shanaman, Jr., the museum became a reality when it opened in October 1994.

Click here to learn about membership to the Shanaman Sports Museum!  Membership  supports the museum’s efforts to preserve the sports history of Tacoma-Pierce County and to educate the public through online exhibits, including our Online Photo and Artifact catalog, Old-School Sports Programs, Clay Huntington Broadcast Center, and Tacoma-Pierce County Sports Hall of Fame. 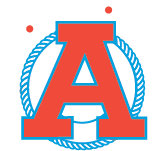 A Project of the
Tacoma Athletic Commission
Dedicated Oct 18, 1994

The Locker Room Chat is a podcast that highlights athletes, coaches, officials, teams and great events, moments and accomplishments in the history of sports in Tacoma-Pierce County.

Check out our latest episode here